The Arian Baptistery was built in the small square of the church of the Holy Spirit, the former Arian cathedral, when Theodoric had already consolidated his dominion and Arianism had become the official religion of the Court (the end of the 5th century).

The building, octagonal in shape and with four small external apses, has sunk about 2.3 metres into the ground. Nothing remains of the various stuccos and decorations which certainly covered the internal walls. The cupola, instead, is adorned with mosaics depicting the procession of the twelve Apostles and the baptism of Christ, whose naked and young body is immersed in water to the hips.
Although it shows the same iconographical structure of its model, the mosaics of the Arian Baptistery are an evidence of the religious beliefs of Theoderic’s court, based on Christ as both an earthly and divine figure.

While in the Orthodox Baptistery the 12 apostles hail the image of Christ on the central medallion as God’s son, in the Arian Baptistery they pay homage to a big throne decorated with gems and topped by a cross, from the arms of which hangs a purple cloth, symbol of Jesus’ corpority and human suffering.

to the web site of the Arian Baptistery 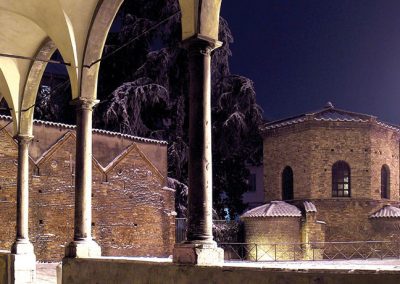 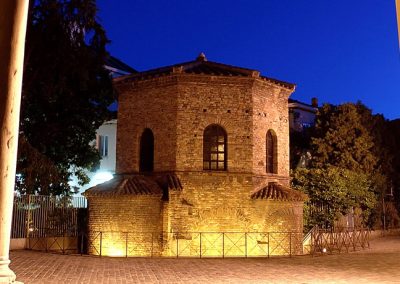 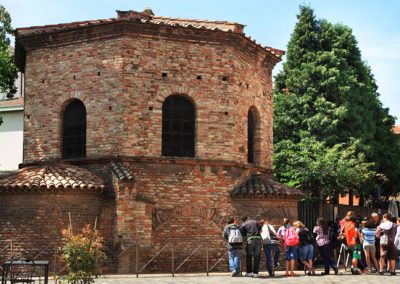 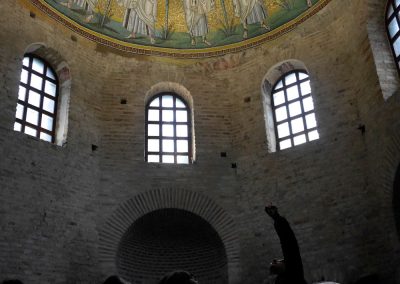 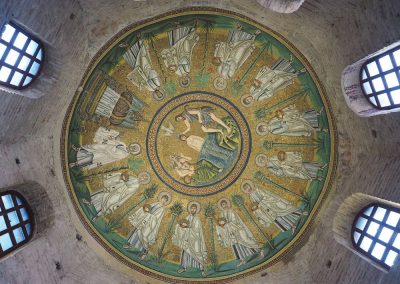 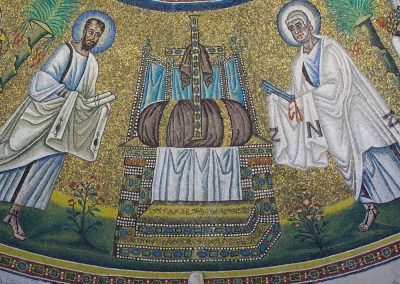 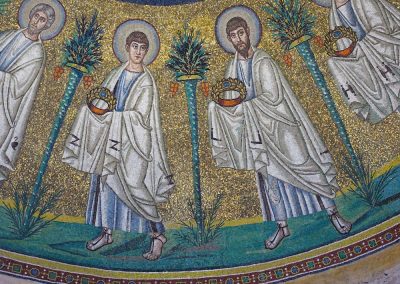 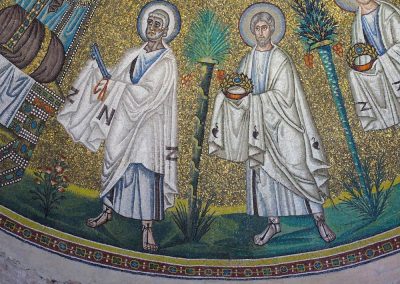 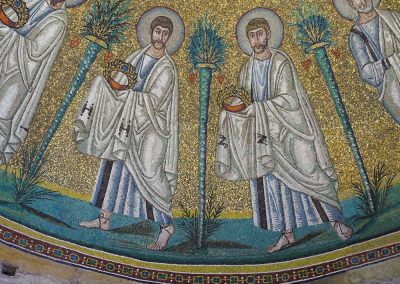 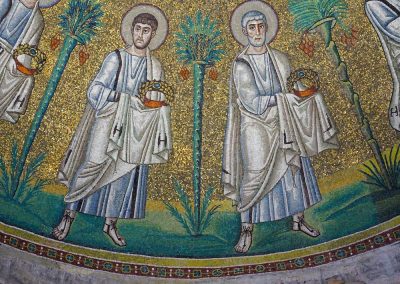 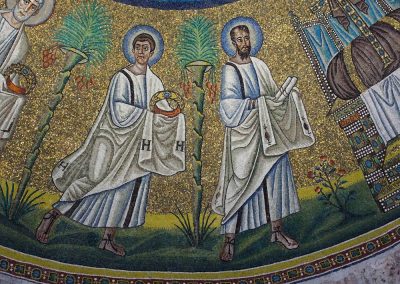