The Mausoleum was built by Theoderic in 520 AD, as his burial place. Entirely made of Istrian stone, its structure is divided into two decagonal orders placed one on top of the other.

The upper level is topped by a big monolithic dome with twelve square arches bearing the names of eight apostles and four evangelists. Its dimensions are surprising: it measures 10,76 m in diameter and 3,09 m in height. According to recent calculations, it weighs 230 tons.

A niche leads to the inferior order which was probably a former cruciform-plan chapel, originally used for religious services. External steps leads to the upper floor, that houses a circular porphyry tub where Theoderic was presumably buried. After Justinian’s edict in 561, during the Byzantine domination, his remains were removed from the Mausoleum that was turned into an orthodox oratory.

to the web site of the Mausoleum of Theodoric 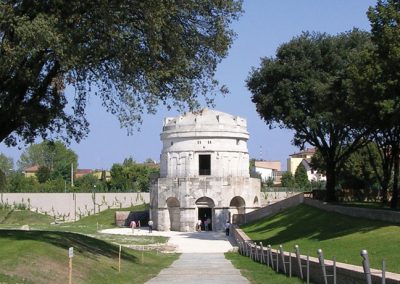 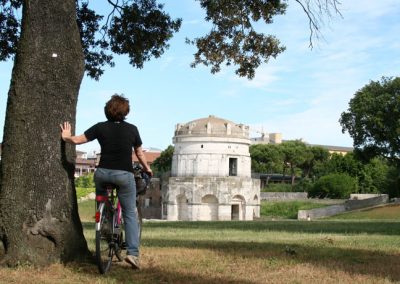 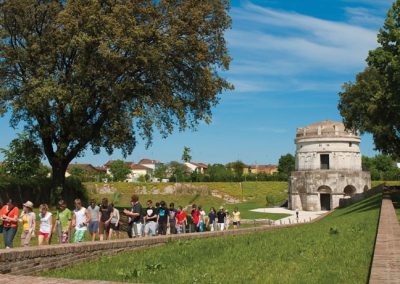 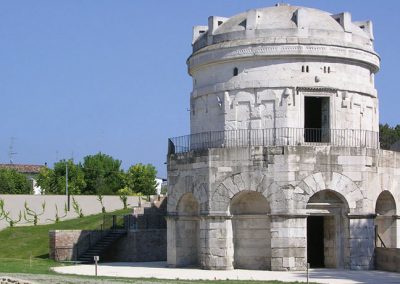 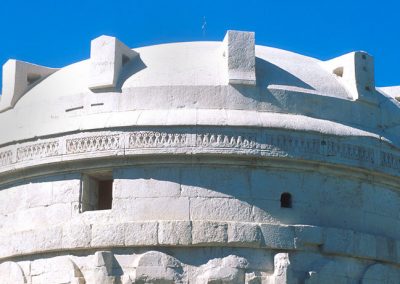 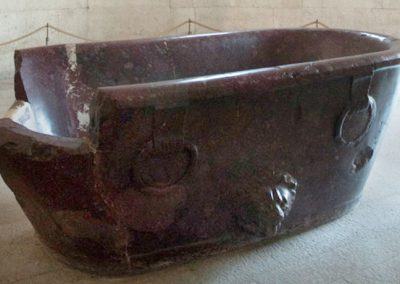