The name Theoderic’s Palace usually refers to the architectural remains of a building overlooking the present Via di Roma, next to the church of Sant’Apollinare Nuovo. From the mid-19th century, after the chance discovery of some floor mosaics, the palace has aroused the interest of many scholars.

According to some of them, the building is the remaining part of a 7th-8th century gatehouse erected for the surveillance of the residence of the exarchs (i.e. the governors of Italian provinces ruling on behalf of the emperor of Byzantium). The structure was apparently an imitation of the so-called Calce (‘bronze’) palace in Constantinople, that was protected by a huge bronze gate, hence the denomination Calce or ad Calchi for the building in Ravenna.
Other scholars believe instead that the remnants originally represented the atrium-arcade (ardica) of the former church San Salvatore ad Calchi. Medieval sources report the existence of this place of worship, situated next to the entrance of the palace and to the church of Sant’Apollinare Nuovo, and notify its almost complete demolition in 1503.

Today, the spiral staircase of the round tower bordering on the gate to the east leads to the upper room housing the numerous floor mosaics found during the excavations in the surroundings of Theoderic’s imperial palace. Mosaic fragments can be also seen on the ground floor, in the narrow front loggia.

to the web site of Theoderic's Palace 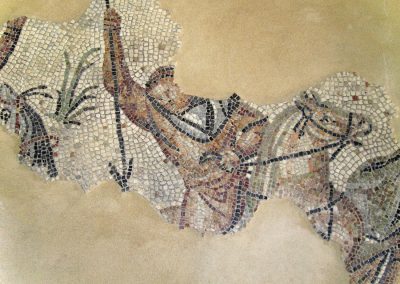 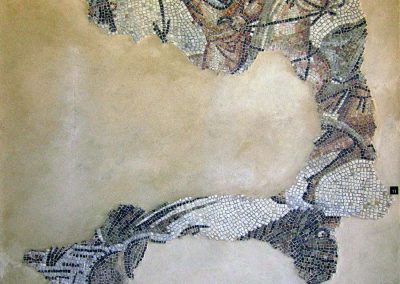 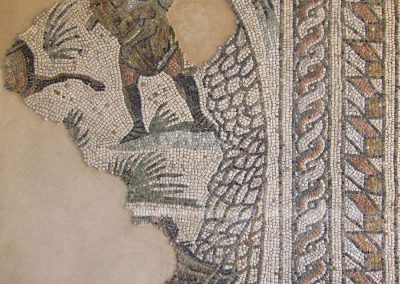 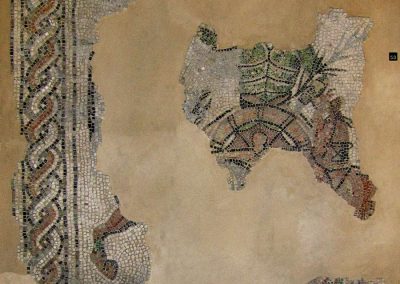 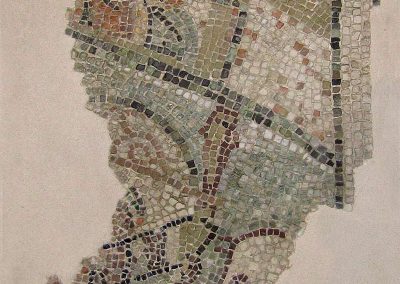 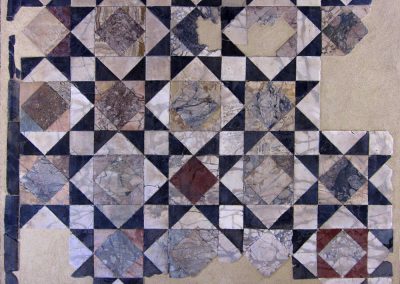 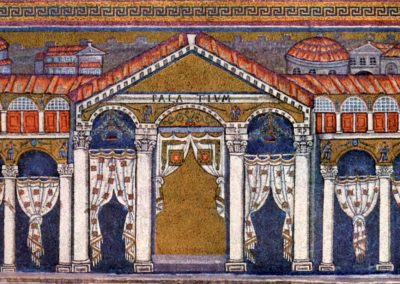 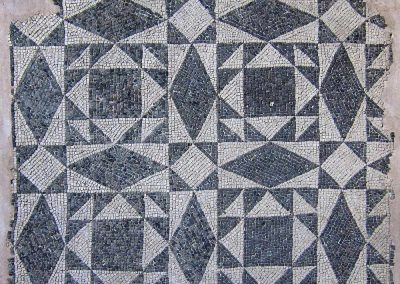 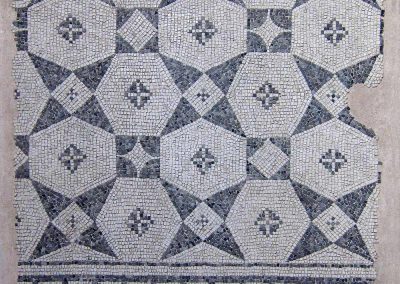 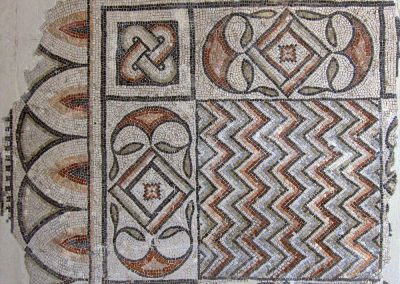 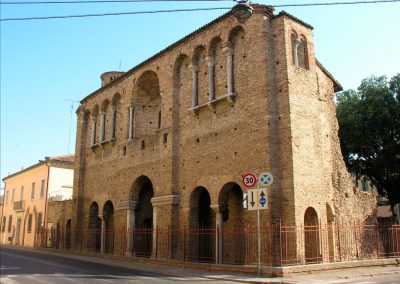 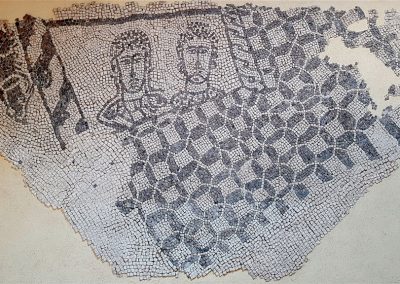 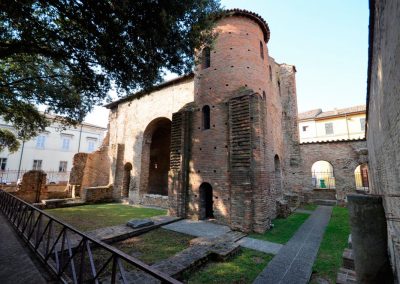 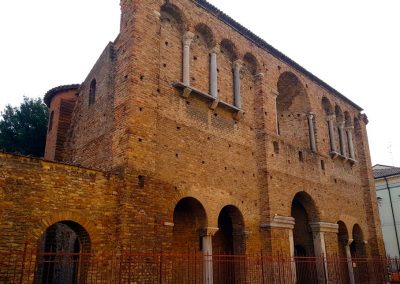 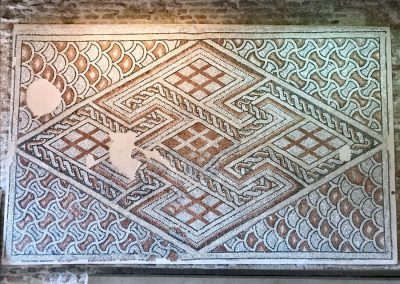 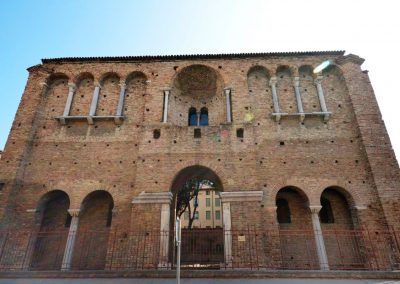 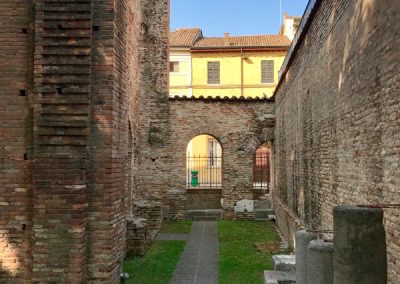 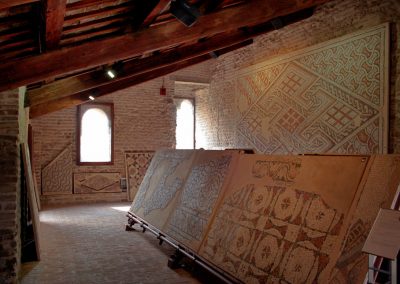 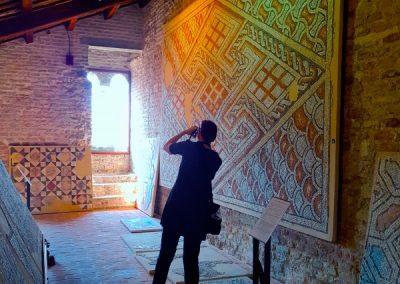 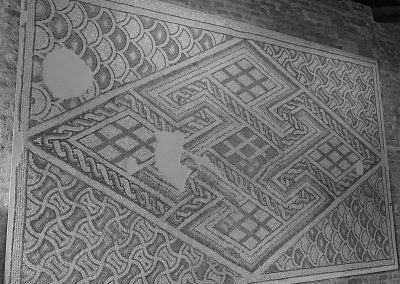 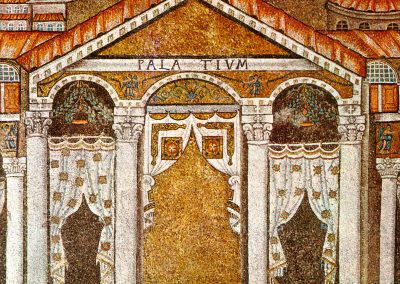